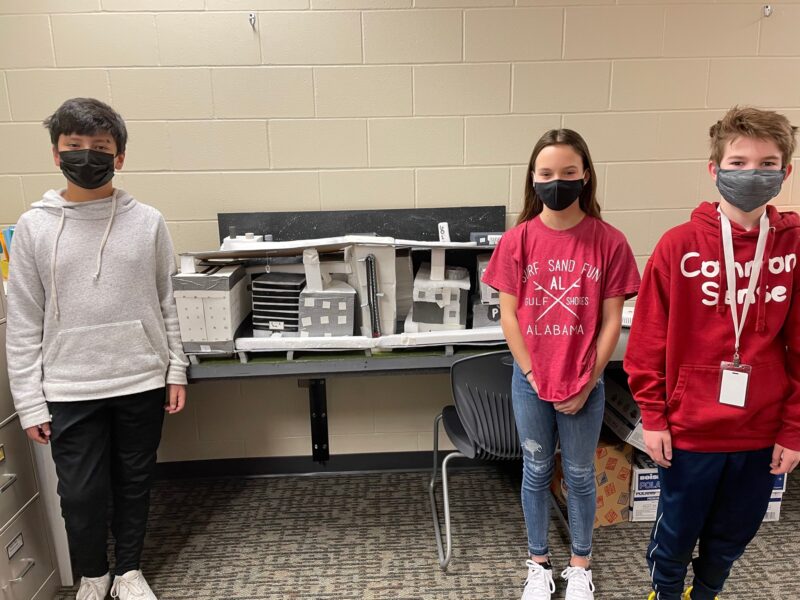 Benjamin Hollinger, Reegan Lueken, and Theo Glenn, 7th grade students at Prairie Point Middle School, competed in the virtual Future City State Competition held on January 23.  The team designed a city of the future with the 2020-21 Future City challenge of living on the moon.  Their futuristic lunar city Lunagiegur was designed under a dome that protects the citizens from moon dust, space radiation, and the extreme temperatures found on the moon.  The city is powered by a nuclear power plant that uses helium-3 as a fuel source.  Lunagiegur also uses solar panels for additional power.  Congratulatins to these 7th-grade students for a job well done!

Volunteering in Our Schools Update

College Community Schools is starting to allow more volunteers in our schools. As of April…
2 Mar 2021